We’ve been in Bogota for the past five days.  My feelings about it are complicated.  There’s a lot of messed up stuff and a lot of cool stuff so I am copping out and writing about something that is pretty easy for me to write about and to show some cool photos. (Gallery at bottom). 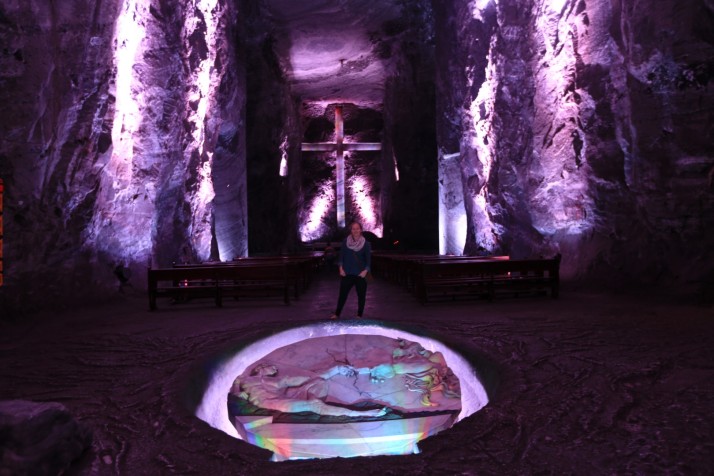 Far Under Ground in a world of salt.

On the other hand, today we visited a place that is called the “Catedral Del Sal” – the Salt Cathedral.  It’s a Cathedral that was built in an actual salt mine about an hour outside of Bogota i a town called Zipaquirá.   If you ever get to Bogota I would call it a ‘must see’. 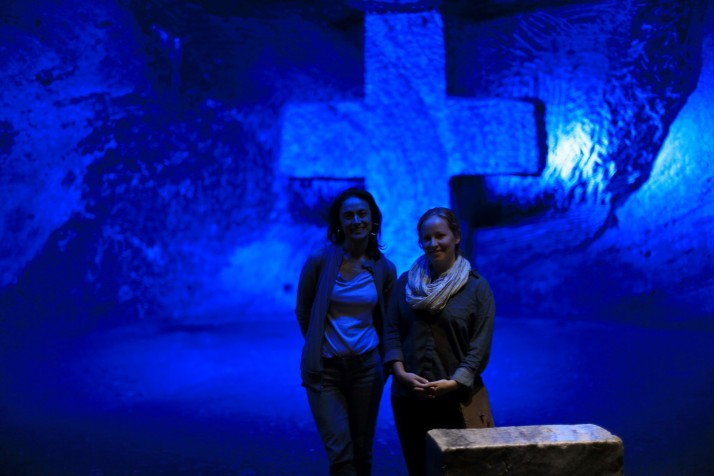 It was built because the miners are very religious people.  They do a very dangerous job and they look to spirituality to be able to feel good about going to work.   This mine isn’t in production any more but it was a real salt mine and the whole place is a massive mountain of salt. 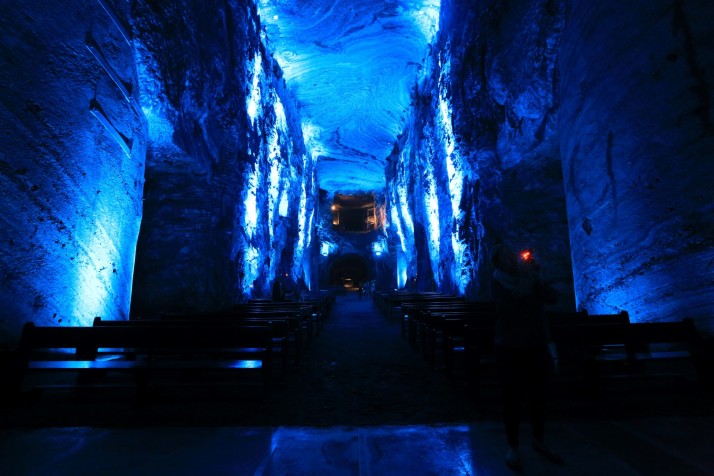 In a way it’s humorous that I think that the most uncomplicated post I can make is about an extremely religious place which elaborates artistically on some of the most intense religious ideas of the Catholic Religion.   If you know me at all you know that this is a topic that I have no wish to go into much detail on.

Station of the cross

But, this post is uncomplicated because we visited an absolutely gorgeous place built by people who believe very much in something for very uncomplicated reasons and at that it should be appreciated for it’s beauty.

Looking down from the top

I won’t say too much more – it’s a series of chambers burrowed out and carved with care and love.  Lit up with beautiful lighting.

There is also an underground salt pond.  This is a picture of a reflection.  Yes.  The salt water is 4 inches below the walkway.  Bad Ass. 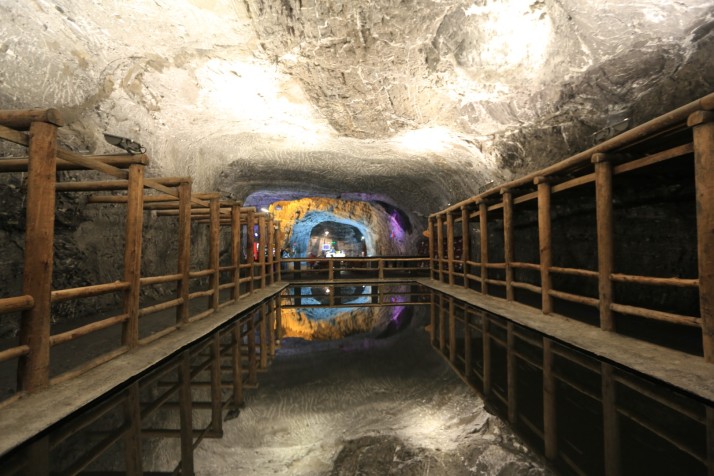 This is a reflection in a salt Pool

I think it’s the most beautiful church I have ever been to and it’s 100% in active use.

Footnote – it’s a very new place – it was built in the 90’s. It was used as a production mine until then but converted to a church (I had thought it was a historical monument but it’s really not)

Anyhow – enjoy the photos and look for my more complicated Bogota Post at a later day. 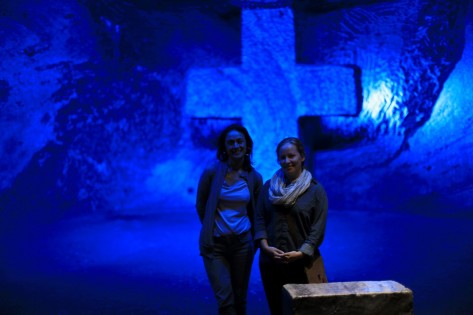 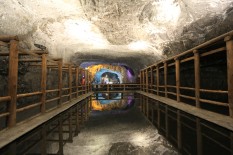 This is a reflection in a salt Pool

In The Main Cathedral

LED cross cut out of stone 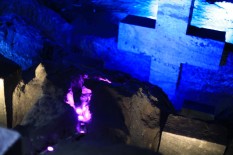 Far Under Ground in a world of salt.

Station of the cross 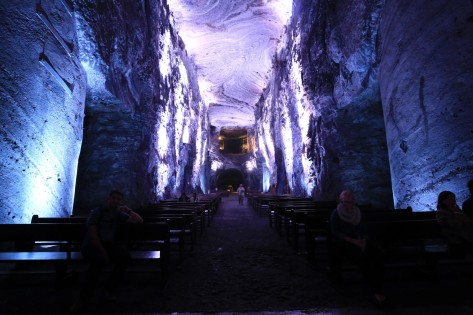 LED purple in the cathedral

Looking down from the top

Even the bus was special